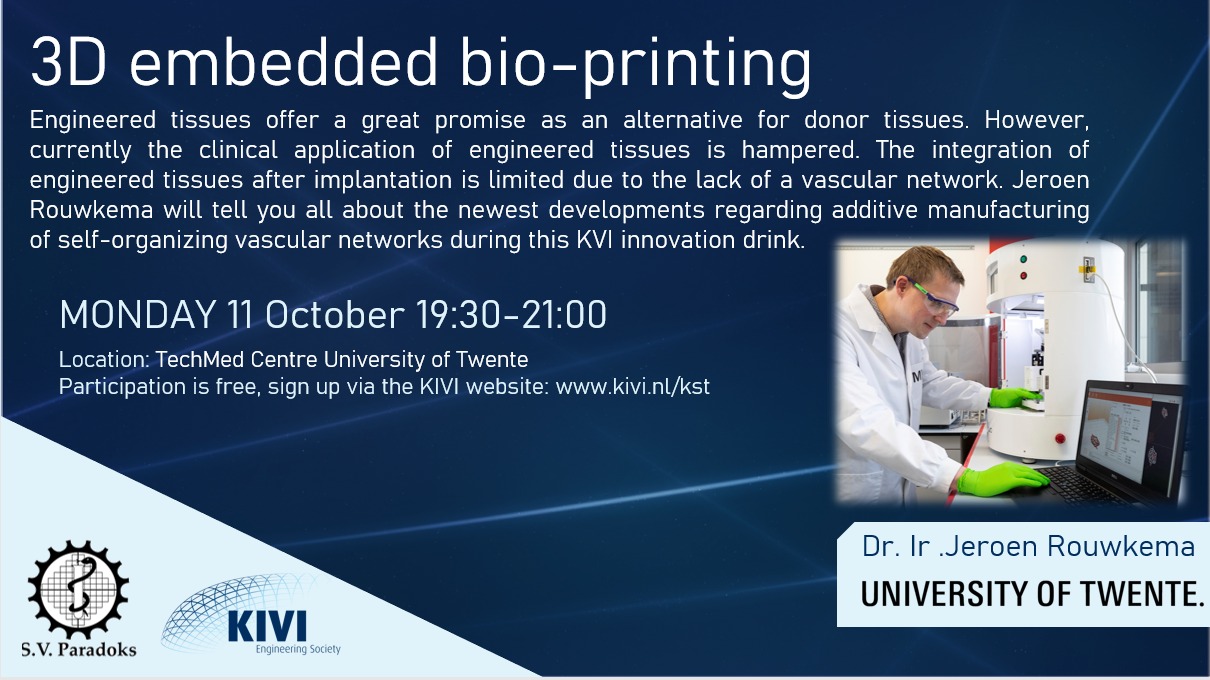 On Monday October 11th Jeroen Rouwkema will give a presentation about Printing Cells 3D. Jeroen is associate professor Biomechanical Engineering at the Twente University.

In order to achieve multiscale organized vascular networks within engineered tissues, we are developing a 3D embedded bio-printing approach to spatially control the presence of vascular cells within tissue analogues, as well as the environment in which the cells reside. This can be seen as a starting situation which will remodel and mature over time. To further guide the organization of the vascular network over multiple scales, both chemical and mechanical cues are included. With this approach, our aim is to control tissue remodeling and maturation, resulting in a vascular network that resembles a vascular tree.

After the presentation of Jeroen you are invited for a drink offered by KIVI.

This event is organized in cooperation with KIVI Young Engineers and Study Association Paradoks.